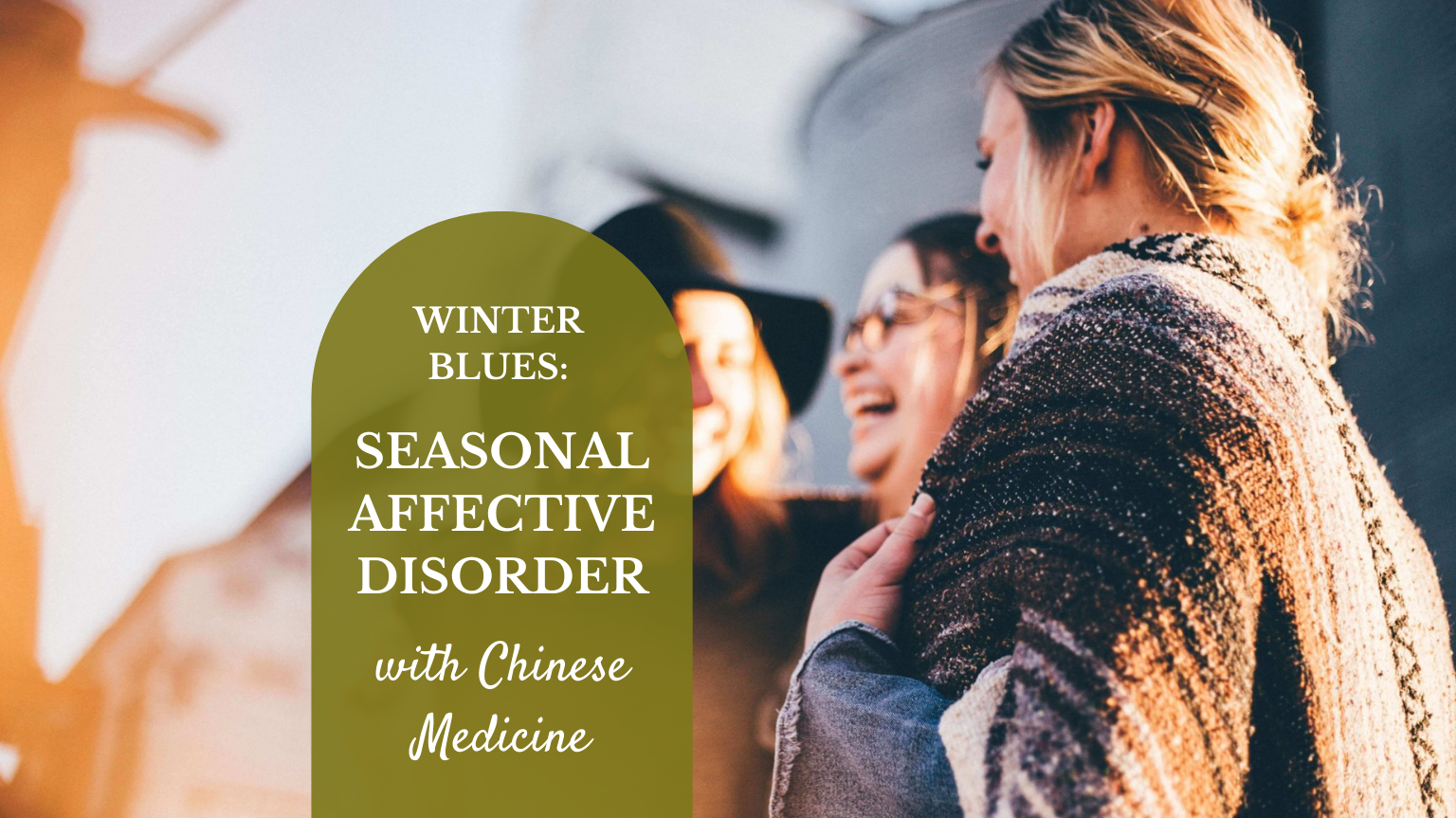 Seasonal Affective Disorder is a recurring disorder that is accompanied by sadness and bouts of low energy. In Traditional Chinese Medicine (TCM), each individual season of the year corresponds to a different climate. These climates then correspond to the human body’s organs and systems. As winter approaches, many people may become more susceptible to Seasonal Affective Disorder (SAD).

During the winter months, those Suffering from SAD may find themselves feeling down or having a case of the blues. This can be due to lack a of sunshine during this time of year which explains why SAD is more common in areas that are far away from the equator. Seasonal Affective Disorder is also found more commonly in women than in men. It tends to result in a low mood or reduced levels energy. A reduction in the body’s levels of Vitamin D often correspond with feeling down. This is due to the body’s use of Vitamin D which protects against reductions in the mood-stabilizing hormone serotonin. Since sunshine is used by the body to synthesis Vitamin D, the lack of sunshine can lead to SAD.

Winter as Yin in Chinese Medicine

The concept of time in TCM is observed as yearly, monthly, and daily rhythms. Practitioners classify the summer season as yang and the winter season as yin. According to TCM, yin and yang are complements of one another. It is yin that nourishes and moistens the body’s blood, tissue, and organs. Some of the body’s organs are referred to as yin organs. Among the yin organs are the spleen, liver, lungs, heart, and kidneys. During the winter months, it is important to ensure that those yin organs are in proper health.

Used by practitioners of TCM for thousands of years, acupuncture has been shown in studies to provide benefits to those suffering from SAD. Acupuncture has the ability to affect the levels of serotonin in the body in a similar way as some prescription drugs. Thanks to its effects on serotonin levels, it is a safe and effective way to improve the symptoms of SAD during the winter months making acupuncture a SAD treatment option.

In some parts of the world, there simply are not enough hours of sunlight for the body to synthesis an adequate amount of Vitamin D. In an effort to get an ample amount of this sunshine vitamin, eating foods containing Vitamin D is a natural Seasonal Affective Disorder treatment. Fatty fish, such as sardines, mackerel, herring, and salmon, are sources of Vitamin D. Red meat and organ meat such as liver also contain Vitamin D. Other sources include egg yolks and some fortified foods such as cereal. In some countries, milk is fortified with Vitamin D as well.

A well-known mood booster, exercise is another natural Seasonal Affective Disorder treatment. Even just a single session of exercise has been shown in studies to improve mood and lower the levels of stress. This is thanks to exercise’s ability to change neurotransmitter levels and enhance brain function. Exercise causes instant changes to the levels of serotonin and dopamine which leads to positive behavioral changes. Those looking for a drug-free SAD treatment should try cycling or walking in order to in order to improve their symptoms and get Qi moving.

Listening to music has also proven to be an effective natural Seasonal Affective Disorder treatment. In fact, a study out of the School of Basic Medical Sciences at Beijing University of Chinese Medicine in Beijing found that elderly patients were able to reduce their symptoms of psychological distress after participating in music therapy. Self-reporting of Seasonal Affective Disorder symptoms was significantly lower in patients that participated in music therapy than as compared to a control group.

The use of light therapy is a natural Seasonal Affective Disorder treatment for those in who live in parts of the world that see less sunlight during the winter months. Without sunshine, a light box may be used to shine a full spectrum of light, which is similar to that of the sun, on patients suffering from SAD. In countries that are very far north of the equator, such as those in Scandinavia, citizens have access to light rooms which provide an alternative to sunlight. Just 20-60 minutes a day acts as a natural SAD treatment.

Not sure how they work? get help from our TCM specialists!

Those who are experiencing symptoms of SAD have hope as the dark winter months linger on. There are many natural seasonal affective disorder treatments, and most of them are very easy to implement. If you find yourself feeling down during the winter months, it is possible that you may be suffering from SAD. Simple changes such as getting more sunlight or eating foods containing Vitamin D will go a long way to help battle the symptoms that are associated with SAD. Music therapy is also an effective SAD treatment along with getting regular exercise to invigorate the flow of Qi. Acupuncture also has a history of improving symptoms as a SAD treatment as well. If you are looking for a way to boost your mood this winter, speak with your healthcare practitioner to discuss your natural Seasonal Affective Disorder treatment options so that you may benefit from an improve mood all winter long.

Ginkgo Biloba is a widely used and top selling herbal tablet. Ginkgo biloba herb is extracted from the leaves of the Ginkgo biloba tree and is known for its memory and concentration boosting benefits. These powerful Ginkgo biloba tablets can be easily added to your daily routine. It contains natural compounds to improve blood circulation and offers a range of health benefits, including improving cognitive function, brain fog and focus.ne.