Menstrual cramps affects many women regularly, at least 90% of women experience some form of period pain or discomfort during their period. As it is normal to experience PMS symptoms such as period pains, this pain often be overlooked and majority simply rely on painkillers to get immediate relief. If your period pain appears to be getting worse later in life there could be underlying problems such as infertility.

For some women period cramps are accompanied with vomiting, nausea, bloating and gas, as well as coldness in hand and feet. All these indicate a blockage of energy according to the Chinese Medicine belief. Possible causes for period cramps, that can also impact your fertility, include:

What Exactly Is The Cause Behind Period Pain according to Chinese Medicine?

The most common cause behind women experiencing period pain is due to poor blood circulation and inflammation. According to Chinese Medicine belief, this pain and other PMS symptoms arise due to:

1. Qi stagnant and Blood stasis or

These deficiencies are often related to stress, unhealthy lifestyle, diet, or genetics.

How does Qi stagnant and Blood stasis impact fertility?

An overall stagnation in Qi and Blood Stasis affects the Liver by damaging Liver Qi and blocking energy channels according to Chinese Medicine. This results in slowing blood circulation, accumulation of blood clotting and inflammation.

If this blockage happens in Uterus, the Uterus line growing will be damaged, resulting in excessive growth of the uterus line or the line being broken down early or in some cases not easily breaking down. It can also lead to development of Endometriosis and Fibroid.

If this blockage happens in the Ovaries, local tissue will be swollen and inflamed resulting in poor quality eggs, absent ovulation, development of cyst, or PCOS which contributes towards pain and infertility.

This blockage often happens due to long term stress or being under too much pressure with work, social life and similar contributing lifestyle habits.

Learn more about TCM’s view on Qi directly from our expert team!

How does Spleen and Kidney deficiency impact fertility?

If Yang energy levels are low, it will reduce Uterus lining growing progress due to slow down blood circulation (Vital Qi flow), as less nutrient will be transported to the organs. The blood vessels will also narrow and weaken, resulting in accumulation of excessive fluid and toxins in the body. All of this will affect Uterus lining creating a delay in breaking down or blocking the  breaking down totally. This will contribute towards delays in periods, growing Fibroid , Endometriosis and Cyst.

If Yang energy levels are low in the Ovaries it will slow down the production of quality eggs, or lead to excessive growing of tissue resulting in PCOS, Cyst. All of which contribute towards period pain and infertility.

Reasons for Spleen and Kidney Deficiency:

There are 2 common reasons

1.Genetic reason: Some have low yang energy levels naturally as this is inherited from the parents. Symptoms such as cold hand and feet, bloating, gas, low blood pressure, fatigue or chronic IBS can be experienced with low Yang energy.

2.Cold Uterus: There are many contributing factors leading to an cold uterus. Read more here.  It can often result from consuming cold foods, or living long term in a cold environment, or work overload. All these factors could reduce Yang energy levels. Exhibiting symptoms such as periods cramps, coldness in hand and or feet, bloating, gas, as well as fatigue.

Natural Treatment For Infertility Due to Period Pain

Based on the above clinical explanation, depending on your exact diagnosis the aim of the treatment should either be to smooth Liver Qi, remove Qi stagnant and Blood stasis to increase overall blood circulation for better functioning of fertility organs or boost Spleen and Kidney yang energy to required nutrients are transported to the fertility organs.

Clinical treatment will involve Acupuncture, Cupping, Moxibustion, Herbal tea or Herbal Supplements. It is common for your TCM practitioner to recommend a combination of the above to see fast and better results. The length and mix of treatment methods is based on your medical history and condition.

If you are unable to locate a TCM expert in your area we offer free worldwide consultation with expert tailor made supplement plan to help you achieve your desired results. 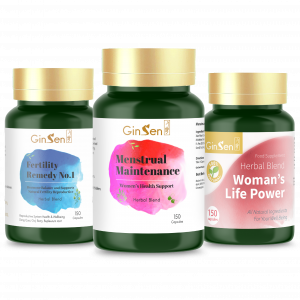 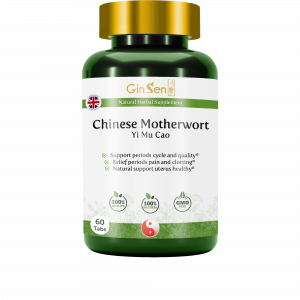 Vitex Agnus Castus is a popular herbal supplement used to treat a variety of health problems related to the Menstrual Cycle such as Premenstrual Syndrome (PMS) and Premenstrual Dysphoric Disorder (PMDD). 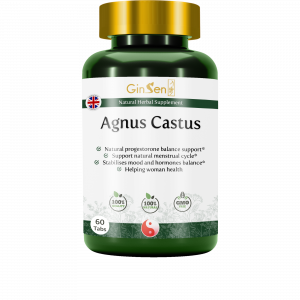