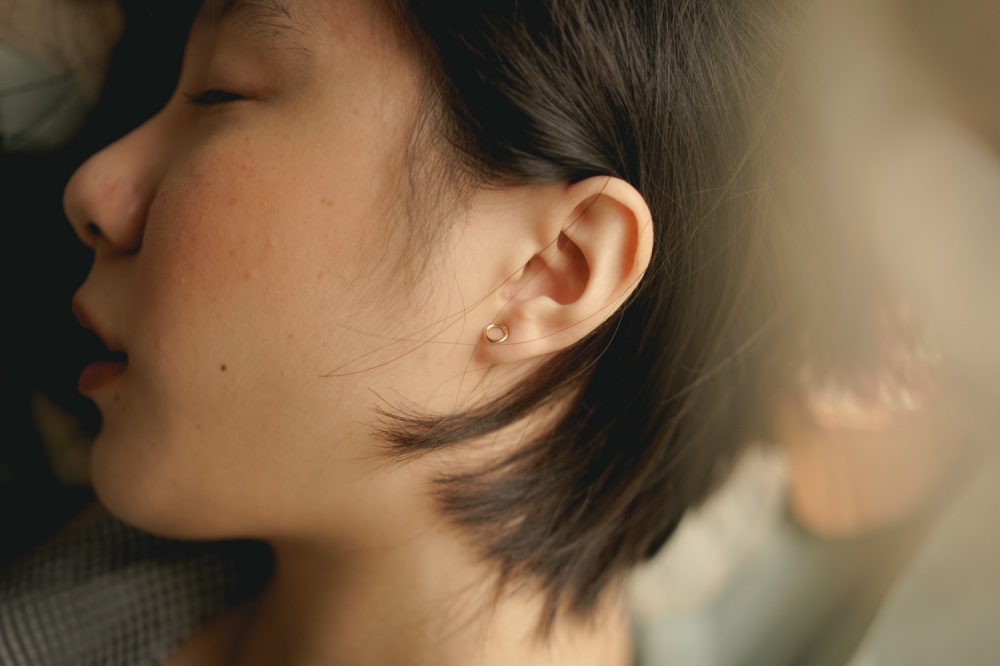 Tinnitus is an uncomfortable condition that has been found to affect 1 in 7  people worldwide at some point in their lives. (1) Celebrities such as Susanna Reid, Coldplay singer Chris Martin and Black Eyed Peas star Will.i.am have suffered from Tinnitus (2)

It’s something that Western medicine doesn’t do much about, but Traditional Chinese Medicine takes a totally different approach. Read on to learn more about what it is, and some steps you can take to get some relief from your symptreattoms.

From a Traditional Chinese Medicine standpoint, tinnitus is a circulation issue that happens around the ear, neck, as well as shoulders. (3) We’ll talk more about how TCM practitioners look at tinnitus as more than just an auditory issue, so keep reading.

One thing we can agree on is that it can affect your day to day life, and even make it difficult to concentrate. For some, the ringing in the ears comes and goes, and for others, it can last for days.

The good news is that there are natural treatments available to help better manage symptoms and provide tinnitus relief.

As mentioned, according to Chinese Medicine, tinnitus isn’t just an auditory issue. It’s viewed as a circulation problem and that it’s an issue that occurs due to different channels in the body as well as different organs.

And, since the ears in TCM are viewed as the opening of the kidneys, this is going to be a key location for meridians when it comes to providing tinnitus relief using Traditional Chinese Medicine.

While Western medicine doesn’t necessarily get to the root cause of the ringing in the ears, in TCM, our goal is to address the root cause along with any other symptoms that may be present.

The end goal with natural Chinese Medicine for Tinnitus is to provide long-term relief, not just a temporary fix.

Most Common Patterns Observed For Tinnitus

While tinnitus comes with ringing in the ears, research has also shown that it can come with a whole different set of symptoms.

Here are some other common patterns that are often observed in those with tinnitus. (4)

Tinnitus can turn into a debilitating condition that can make it difficult to go about your day to day life. The good news is that acupuncture has been found to provide some pretty significant relief for tinnitus sufferers.

Prior to getting acupuncture, a professional Chinese Medicine expert will look at your tongue as well as your pulse and ask about your medical history and lifestyle. This will allow them to get a well-rounded and accurate idea as to the state of your internal organs, and what may be causing the tinnitus in the first place.

Some of the most common deficiencies observed with tinnitus include:

When your body Kidney Yin deficient – You will experience Tinnitus ( with sharp noise, occurs when you are tired and stressed ), insomnia, join stiffness along with dry skin due to dehydration

When your body Kidney Yang deficient– You will experience inconsistent Tinnitus (occurs when you are tired and hungry), fatigue, bloating, gas and cold feet.

With these deficiencies, the tinnitus may be linked to emotional changes, and an increase in ringing in the ears is usually observed after irritation. Clearing liver and gallbladder heat through acupuncture is a key part of reducing tinnitus symptoms and providing permanent relief from tinnitus.

Acupuncture is an amazing approach to providing relief from tinnitus and targeting any meridians that may need clearing, and that may be worsening your tinnitus symptoms.A professional Acupuncturist may use acupuncture points under the ear along with any other points in the body that may correlate to meridians that need support.

If you are interested in trying acupuncture for tinnitus, here’s what you can expect.

During an acupuncture session, thin needles are placed into the skin. These thin needles are strategically placed to help stimulate specific points that will be determined based on your intake information, tongue, and pulse observations.

According to Traditional Chinese Medicine, stimulating specific points helps clear any blockages that may be present along your meridians. This can help restore qi to the organs that need it the most, and help reduce the tinnitus symptoms.

Your acupuncturist may place thin needles using abdominal points to help address any kidney or gallbladder imbalances in addition to placing the acupuncture needles on points of your ear. 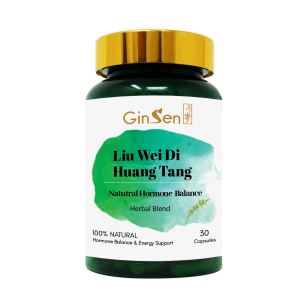 Liu Wei Di Huang Tang ( Rehmannia Six Formula ) is a classic Chinese herbal formula. Also known as the 6 ingredient pill which is widely used as a Yin Tonic works to get to the bottom of the symptoms which arise due to Yin deficiency. In the case of Tinnitus, all the herbs work together to provide to rectify Kidney Yin deficiency which results in Tinnitus (in majority of the cases). Combining Liu Wei Di Huang Tang with Acupuncture provides the most effective and long lasting treatment for tinnitus.

This herbal formula for tinnitus is now also available in daily supplement form at our clinic at GinSen.

Don’t Let Tinnitus Interfere With Your Quality of Life

If you are suffering from tinnitus, don’t let it interfere with your quality of life.

Consider TCM to help address the underlying cause, and start a treatment protocol with a professional TCM practitioner to help you get some long-term relief from that uncomfortable ringing in the ears.

Natural Remedies For Heartburn, Acid Reflux, and GORD
What the colour of your period can tell you about your health 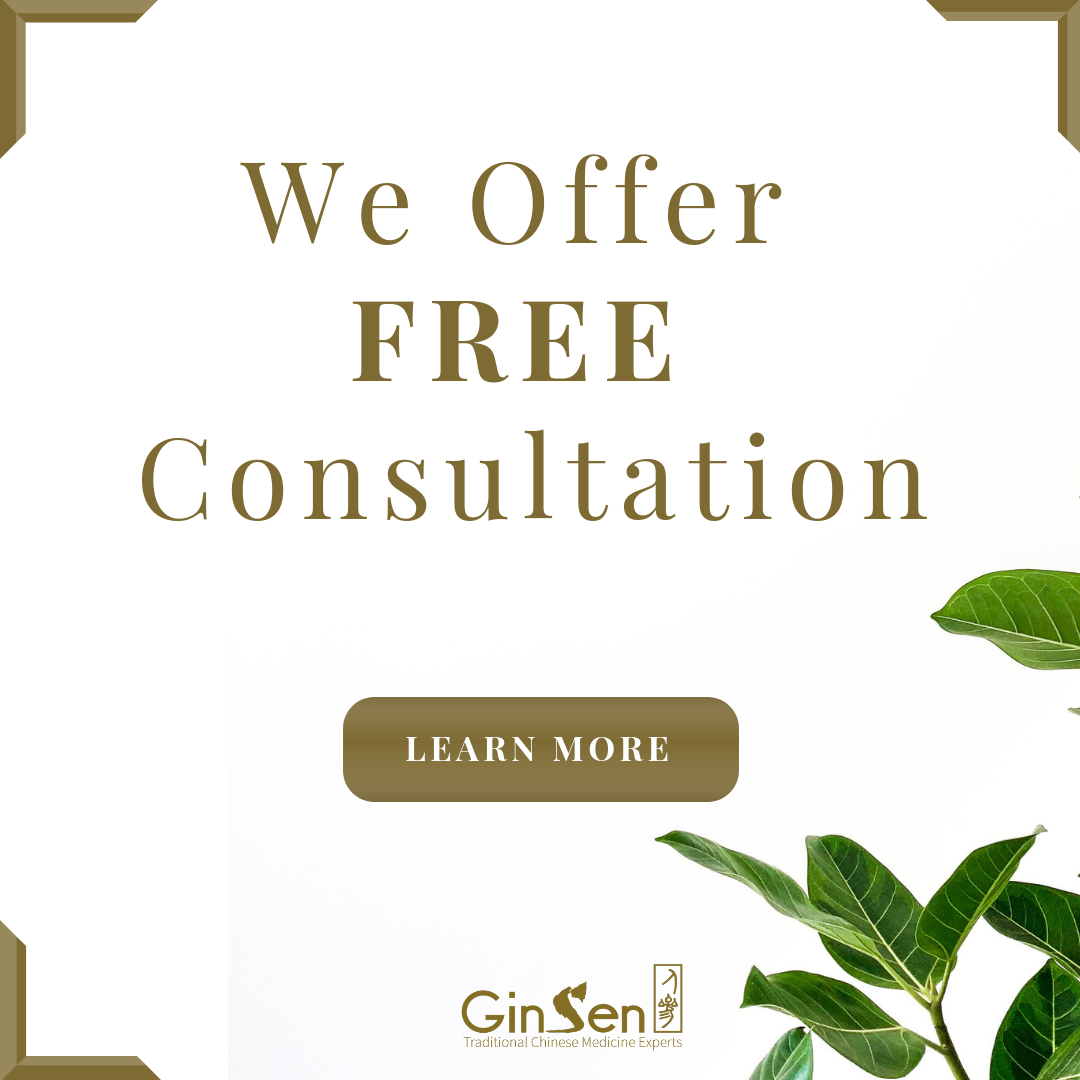