Chinese dodder seed benefits have been known in the history of Chinese medicine since ancient times. It has been used for several health conditions, including treatment of kidney and liver issues.

Where Does Dodder Seeds Grow?

Dodder is native to temperate North America. About 170 species of Cuscuta grow mostly in the tropical and warm temperature zones where they can reach great heights on the host plant, producing good quality seeds. However, some species can also be found in colder regions but with limited growth.

Dodder breeds all over Europe, Asia, and southern Africa. Dodder favors coastline and hilly areas and is collected in the summertime. In China, it is primarily distributed in Liaoning, Jiangsu, Jilin, Shandong, Hebei, and Henan provinces. Its genus Cuscate is the most common and can be found throughout the U.S. and Canada.

Investigations have shown that biologically active components such as alkaloids, flavonoids, saponins, phenolics, lignans, tannins, and fatty acids are present in dodder. These plants have been found useful in various ways, including their antibacterial, antioxidant, hepatoprotective, anti-inflammatory, antitumor properties.

Dodder plant is several phytoconstituents that have immense therapeutic value. This is the reason why dodder seed supplements are widely used. Its renowned benefits for health benefits include the following.

One species of dodder, C. reflexa, is known for its potent antioxidant effects. Dodder’s antioxidant property comes from its bioactive components, flavonoids, alpha-tocopherol, and rutin, as shown by phytochemical screening. The methanol extract of seed oil of C. pedicellata is found to be the most potent antioxidant. Other dodder species, including three Iranian species, C. approximate, C. monogyna, and C. campestris, were also reported to have a high concentration of phenolic compounds responsible for its antioxidant effects.

In vitro and in vivo tests in a study showed notable anti-inflammatory activity in the aqueous and alcoholic extracts of C. reflexa’s stem. It was found that the Inflammation was triggered by certain substances like lipopolysaccharide and histamine. It was observed that extracts limited the inflammatory response brought about by histamine and other pro-inflammatory mediators. This is believed to be associated with flavonoids, polyphenols, and phenols found in this plant. C. reflexa was reported to significantly inhibit Inflammation by decreasing edema by as much as 80 % in rats.

4. Effect On The Reproductive System

While the C. reflexa have flavonoids that are said to exhibit an antifertility effect, other dodder species, including C. Chinensis, in its extract and isolated form is reported to improve the reproductive systems in both men and women. It also has other potential benefits for men, including:

Dodder seeds work by enhancing the immune system, showing that the correct doses may improve the net weight of the thymus and spleen, hence enhancing immune response.

6. Effect On Bone And Cartilage

Learn more about Benefits Of Dodder Seeds directly from our TCM experts!

Adaptogenic herbs like dodder seeds are used to help with  several diseases due to their availability, low cost, and medicinal properties. Cuscuta is one such plant that has immense importance in traditional Chinese medicine (TCM). Its species are rich in various phytochemicals, which give it its therapeutic properties. Several parts of the plant, including its seeds, stem, and the whole plant, are used to treat diverse conditions as the prescription.

Dodder Seeds are diversely used to treat various body imbalances and deficiencies such as qi, blood, yin, yang deficiency and organ deficiencies including those of the heart, spleen, lung, liver, and kidney.

Dodder seeds have been used in Chinese Medicine for centuries to ‘tonify’ yang. It serves to tonify and restore kidney and liver balance. Moreover, it encourages normal digestion, eye function, reproductive health, and urinary tract health. 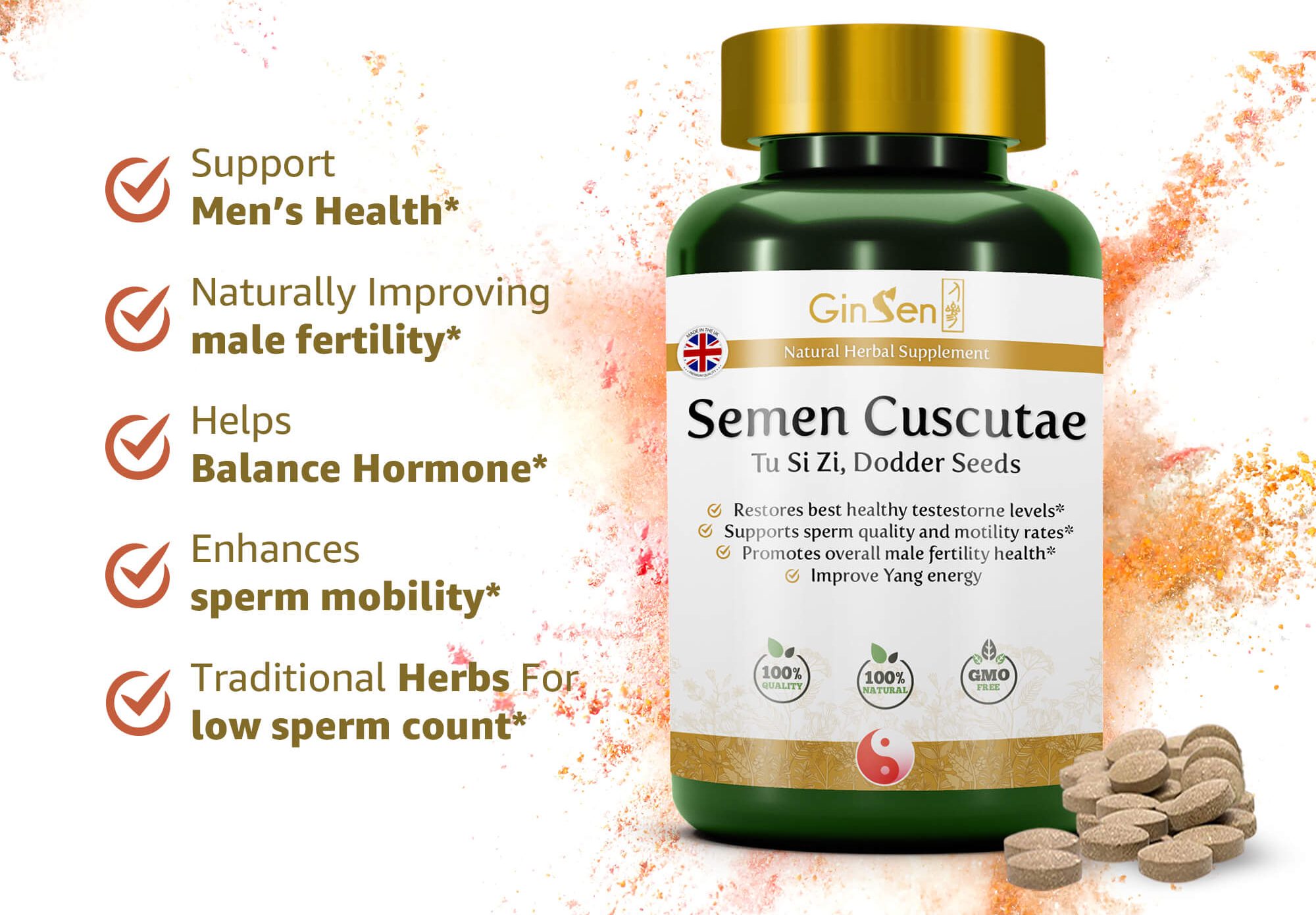 There are diverse forms of dodder seed supplements, including powder, tablets, or capsules. It can be safely taken with food and other vitamins.

Dodder Seed or Semen Cuscutae is widely used in Chinese Medicine to naturally improve male fertility (can also be used by females for its other benefits). It provides a natural solution for male infertility by increasing sperm mobility and low sperm count.  In addition, the seeds also help to increase testosterone in men by increasing Luteinizing hormones. It works by nourishing the Kidneys, this powerful herb can be added to your daily routine to increase hormone nutrition and energy. 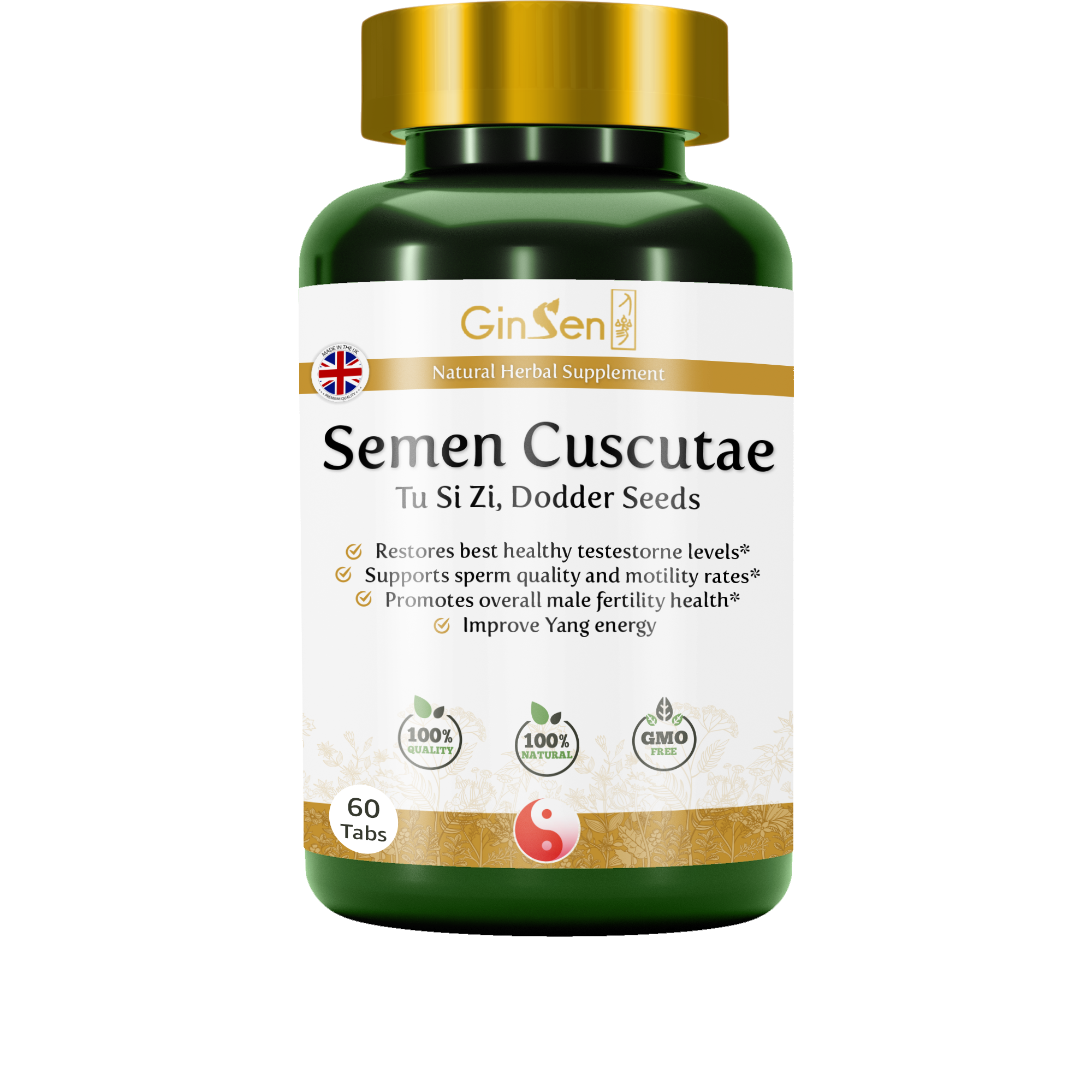 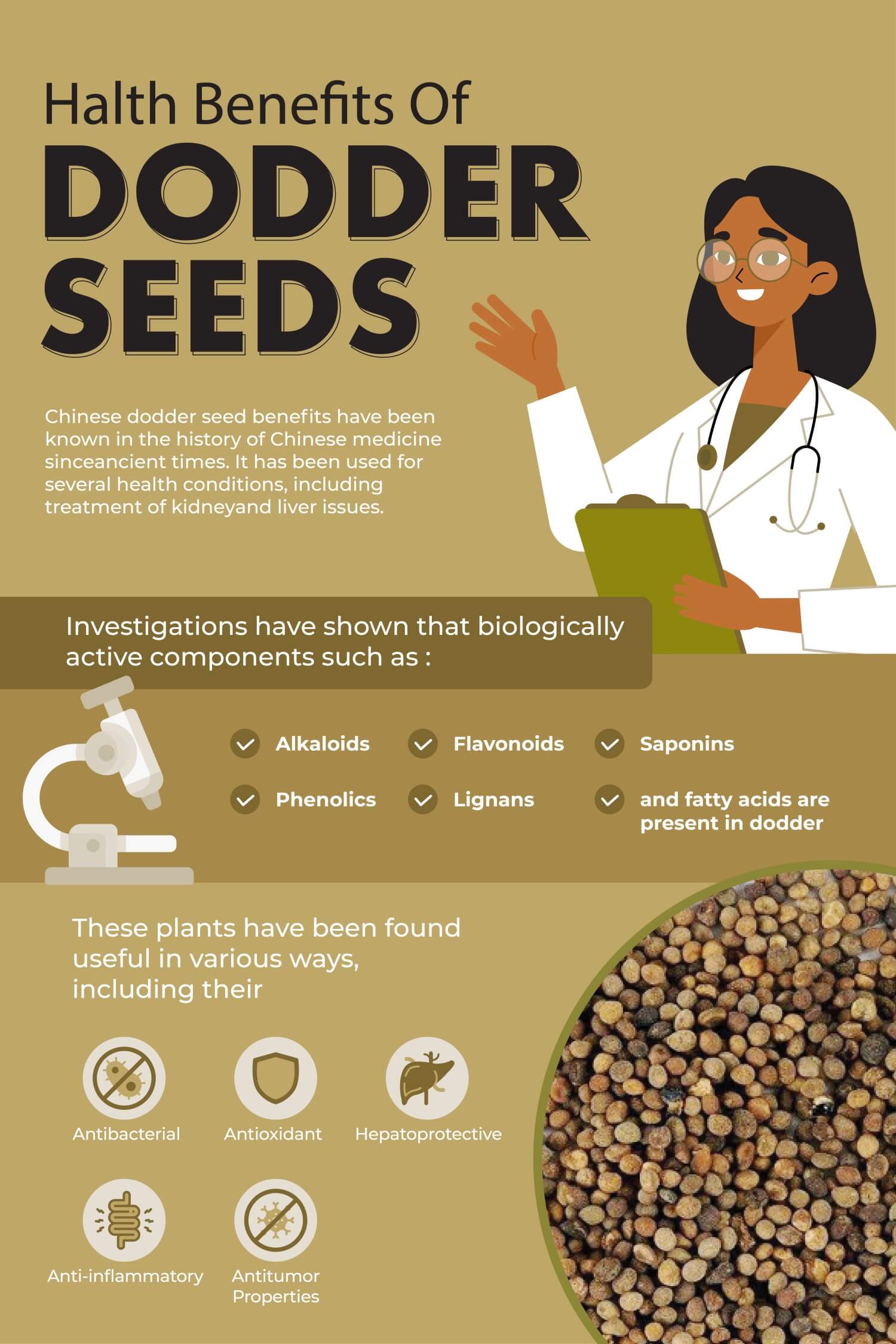 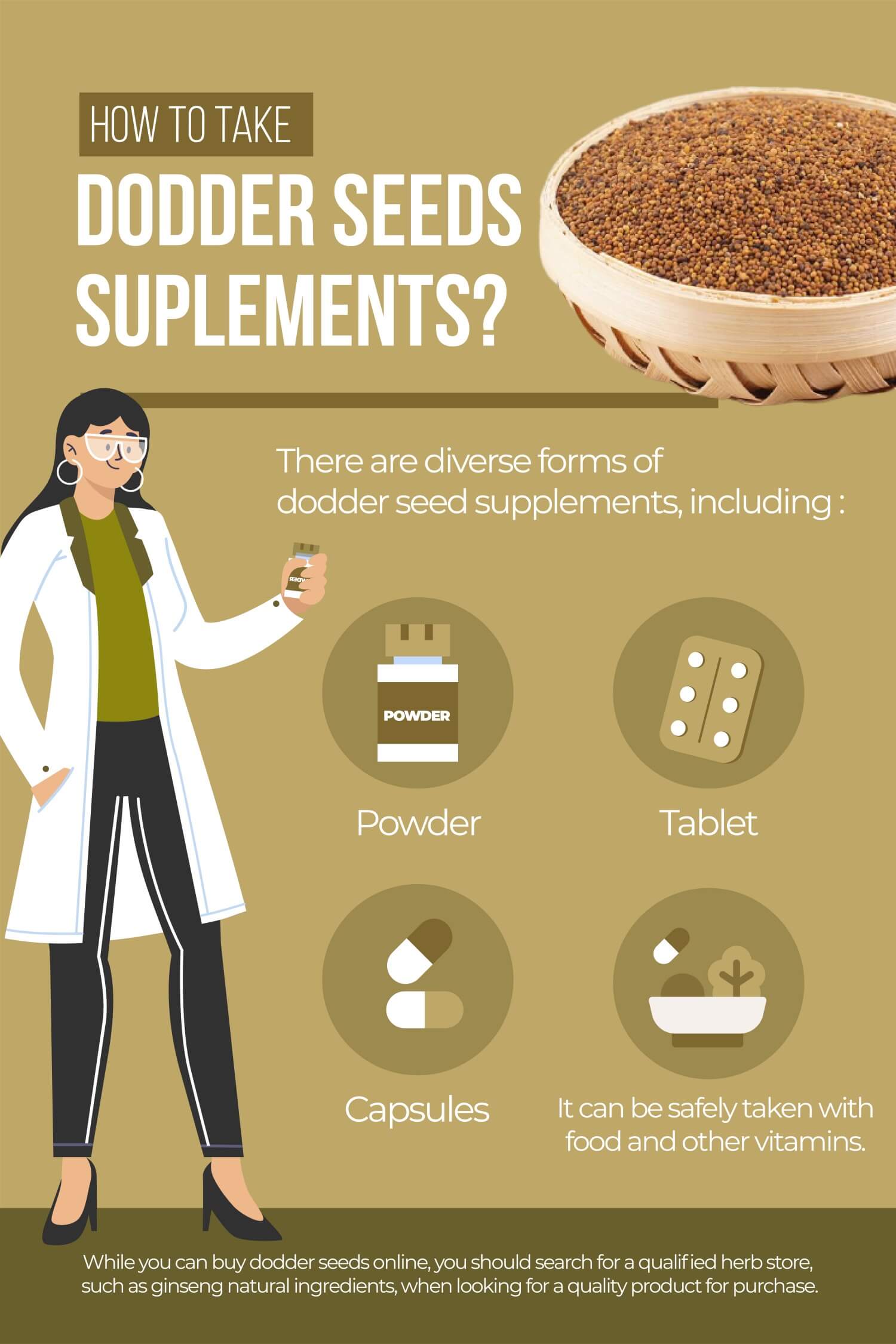 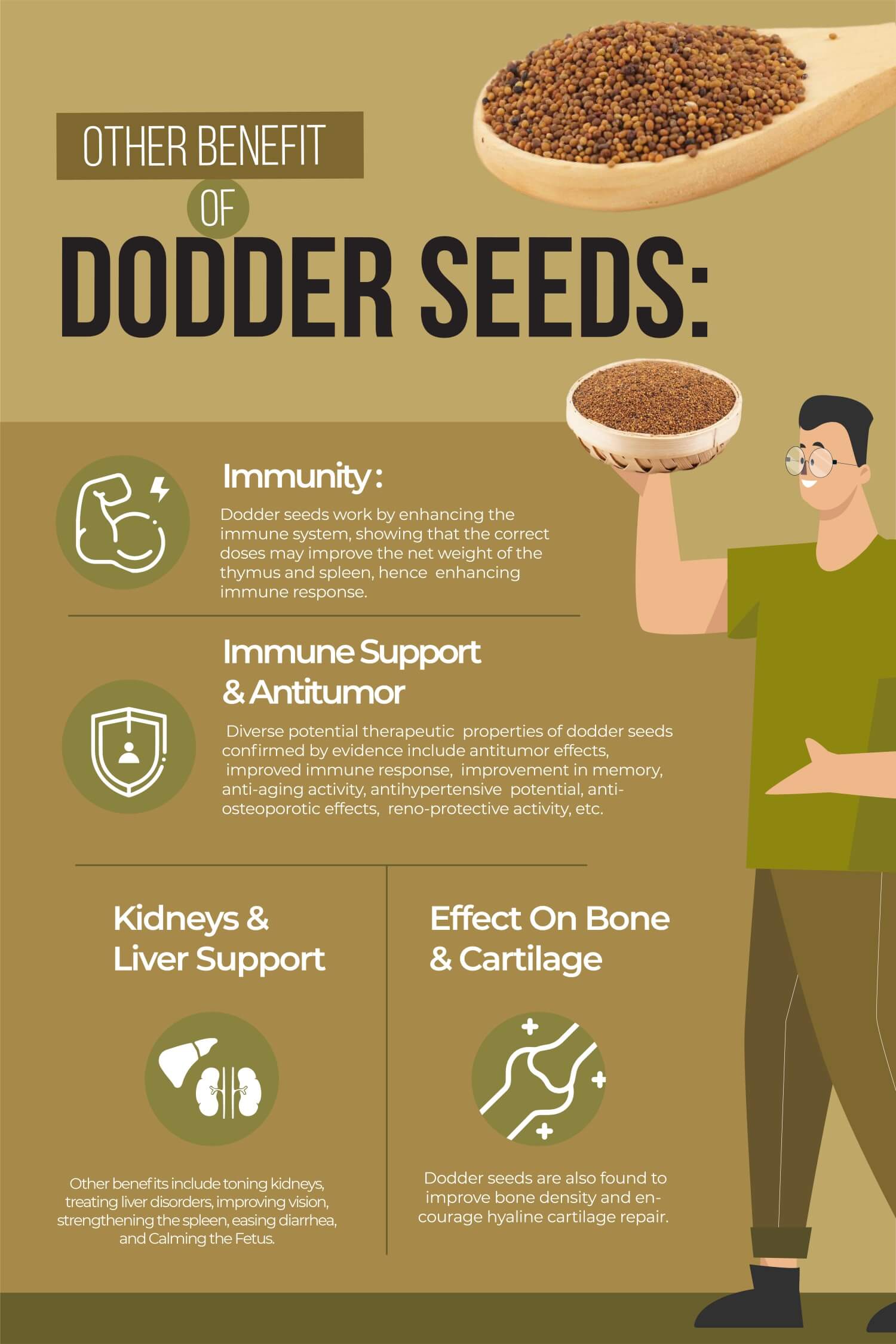