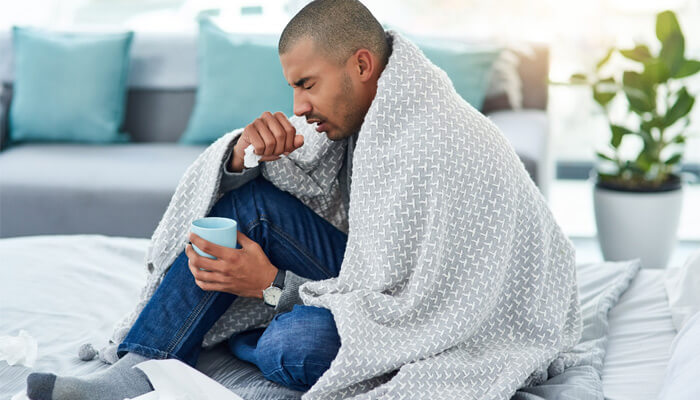 Cough, Cold and Flu can occur due to 2 reasons in Traditional Chinese Medicine. One being, invasion by External Pathogenesis and other is the internal condition of your body.

One of lung’s major function is to help maintain a healthy immune system and provide a defence against any external pathogens. In Chinese Medicine, it is also responsible for circulation Qi and fluids throughout the body. Despite its function, lungs can be quite sensitive to external factors. Excess of cold, heat, dryness and dampness affect the function of lungs and affect the flow of Qi resulting in cough.

Internally, your body may suffer from either excess or deficiency. A deficiency would mean your lungs are too weak to maintain the flow of Qi due to a deficiency of qi and yin in your body and excess would cause blockage of Qi. For example, when phlegm is present this would lead to a blockage in the free flow of qi eventually resulting in cough. 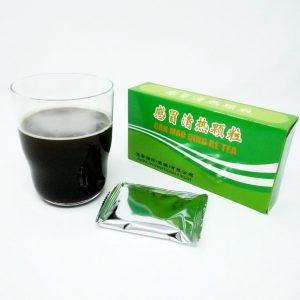 Ganmao Qingre Keli is a Chinese remedy is used to treat common cold along with symptoms such as fever, headache, nasal obstruction, nasal discharge along with pain and swelling in the throat. It is specially made in the form of granules helping treat cold and flu fast and effectively.

Based on the principles of Traditional Chinese Medicine cold and flu is caused by the invasion of exogenous wind heat. Ganmao Qingre Keli  is used to dispel wind-cold, induce diaphoresis and remove heat naturally. Traditionally a natural remedy which has been used for many years to treat headache, fever, chills, general aching, stuffy running nose, cough, and dryness of the throat. 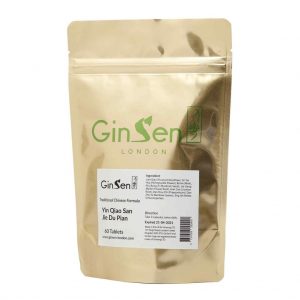 Yin Qiao San Jie Du Pian is a 100% natural food-based remedy which is highly effective in treating headaches resulting from cold and flu along with reducing any pain and discomfort in the throat, fever and aches in the body. Based on the principles of Traditional Chinese Medicine it eliminates heat in the lungs caused due to a weak immune system or external virus. 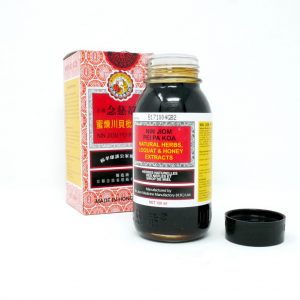 Nin Jiom Pei Pa Koa known popularly in the Chinese as “Pei Pa Koa” was originated by Nin Jiom of Beijing in the Qing Dynasty. Nin Jiom Pei Pa Koa is made of a variety of precious natural herbals, mainly is Loquat and honey. It has been very popular for centuries because of its remarkable effectiveness in thirst quenching and moistening the throat. It is a common herbal product for treating Dry Cough, Cough Phlegm, Sore Throat.

Nin Jiom is a worldwide brand that has been trusted for generations. Nourish the lung, eliminate phlegm and relieve cough, copious cough phlegm, relieve the discomfort of the throat, aphonia and hoarse. It is effective for relief of the symptoms of bronchial cough and loss of voice. 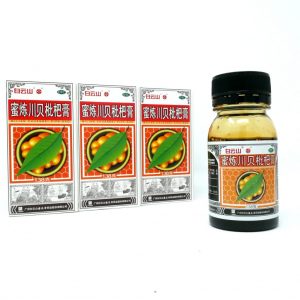 Milian Chuanbei Pipa Gao Loquat Cough Syrup is a Chinese herbal syrup for cough, made of a variety of precious natural herbals, mainly Loquat and honey. It has been very popular for centuries because of its remarkable effectiveness in thirst quenching and moistening the throat. It is a common herbal product for treating dry cough, cough Phlegm, sore throat and persistent cough.  This herbal cough syrup also nourishes the lungs to prevent dry cough.

It eliminates phlegm and relieves cough due to cold, copious cough phlegm, relieves the discomfort of the throat, aphonia and hoarse. It is effective in providing relief of the symptoms of bronchial cough and loss of voice.